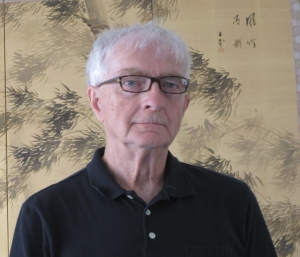 Fahrusha was thrilled to welcome Dale E. Graff to Shattered Reality Podcast. For several years she has been an appreciative audience to his presentations at symposia of IRVA (International Remote Viewing Association) APP (Applied Precognition Project) and SSE (Society for Scientific Exploration). Dale is the author of two books: Tracks In The Psychic Wilderness (1998) and River Dreams (2000) as well as numerous papers.

Dale E. Graff is a physicist (Drexel) and an aeronautical engineer (Pennsylvania State University). He helped design the Gemini Space Capsule and did pre-planning for the space shuttle. He is an avid outdoorsman who has navigated many Canadian rivers in a canoe, this in spite of having been born a premature baby who was declared dead upon arrival. He was totally determined to defy the odds and still displays great vitality today as he approaches his 85th birthday.

Even as a small child he was a prodigious dreamer and had out of body experiences. After elementary school he began his serious interest in science, which eventually took him to Wright-Paterson Air Force Base where he wrote a forecast document on the Soviet use of ESP research. Through a synchronicity, this led him to become first a contract manager and later a tasker for government remote viewing projects including Project Stargate which he named.

Note: The anti-fragility proponent mentioned by Fahrusha is Wim Hof.

Fahrusha and Dale Graff at the Society for Scientific Exploration 2019 Symposium.

2 thoughts on “#91 Dale E. Graff on Remote Viewing and Dreams”