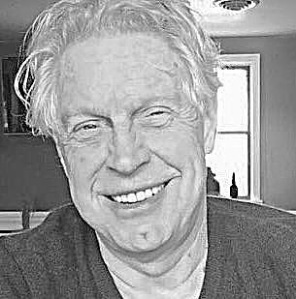 Kate Valentine and Fahrusha, hosts of Shattered Reality Podcast, were pleased to welcome Terry Ray, author of The Complete Story of the Worldwide Invasion of the Orange Orbs, to discuss his theories about these orange orbs and the case histories he has investigated. The show started out with Fahrusha discussing the news of purported UFO disclosure revelations by former government operatives. This story is ongoing and we plan to keep on top of it.

Terry Ray is a former military pilot and trial lawyer, a retired law professor emeritus and a certified Field Investigator for MUFON. Terry became fascinated by the orange orbs after a multiple sighting while on vacation in Ocean City, Maryland. His book is divided into 3 sections: maps and statistics, case histories and conclusions. He has also written an entertaining science fiction novel entitled GXM731 as well as other works of fiction. Currently he is working on a new book which will explain his work with photographic evidence of the orbs and the filters he has used with those photographs.

In this episode we discuss Terry’s books, his views on the nature of the Orange Orbs, the source of the orbs and possible beings associated with them. He explains his ideas about the government’s role in disclosure versus “the others” apparently attempting to acclimatize the general population to seeing anomalous lights and craft in the skies of Earth. Overall this episode is thought-provoking and simultaneously entertaining, and while Terry’s theories are speculative they are well thought out and certainly far from impossible.

Photo released in December 2017 by government of a UFO which was in the airspace near the USN Aircraft Carrier Nimitz in 2004.

Terry Ray used his filters on the object and this is what he got!