On November 5, 2019 Fahrusha was very pleased to welcome Dr. Massimo Teodorani to “Shattered Reality Podcast”. Later in the broadcast he is joined by Susan Demeter St. Clair, our recent guest and his newlywed wife.

Dr. Teodorani is an astrophysicist, bestselling author, and an electronic musician under the pseudonym “Totemtag”. He obtained his “Laurea” degree in Astronomy and his Ph.D. in Stellar Physics at the University of Bologna. His book, The Hyperspace of Consciousness is readable and available to the non-scientists among us and brings up a number of fascinating conjectures that we could have spent several days discussing.

In short, the discussion ranged from quantum physics and its relationship to the material mechanistic 4D reality we inhabit, to the existence of a Big Library (a sort of Akhashic Record) and a Universe completely suffused with non-local intelligence, to the concept that what we call “UFOs” might really be self-organizing intelligent plasmas.

Toward the end of the show, we were joined by Susan Demeter St. Clair and we opined about the nature of the intelligences behind UFOs. Are they benign, evil-intentioned, tricksters or all of the above. How much have they harmed or helped humanity and the Earth. Do humans have a secret agenda in mischaracterizing these sightings?

“Shattered Reality Podcast” is a free, non-commercial podcast dedicated to better understanding unexplained phenomena and the nature of consciousness. We welcome comments and listener experiences.

Fahrusha was happy to welcome Dr. James McClenon to Shattered Reality Podcast for the second time to discuss the different way that a sociologist researches paranormal and anomalous experiences. He was the guest on an earlier show in which he discusses his excellent book The Entity Letters, A Sociologist on the Trail of a Supernatural Mystery.

We covered a variety of topics from healing to shamanism to UFOs to out of body experiences and extrasensory perception but with a focus on the near death experience (NDE), all from the perspective of sociology. McClenon worked by collecting the extraordinary experiences of individuals by distributing questionaires. He had his students distribute questionaires as well. At first most of the answers came from a rural area in North Carolina where he taught. Later he distributed questionaires from a teaching cruise ship that sailed around the world making stops at a variety of locations. The conclusions he came to were from a different point of view than those of parapsychologists, philosophers or physicists. It was very refreshing to look at these subjects from a differing perspective. Most surprising, perhaps, is his assertion that in other cultures individuals don’t necessarily remember their near death experiences as paradigm changing events that were hyper-real. As a person who has had transcendent experiences but not an NDE, I (Fahrusha) cannot judge this, but it seems counter to other research.

Much of the material we covered on this episode can be found in Dr. McClenon’s book Wondrous Healing. 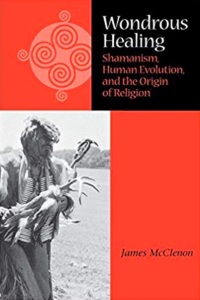 Several listeners have expressed interest in participating in our “Listeners’ Corner”. If you would like to relate your paranormal or anomalous experience on “Shattered Reality Podcast”, please email me at fahrusha@fahrusha.com. You can write down your experience and we can read it for you on the show, or you can come on the show and speak it yourself. We also encourage comments.

This is Dr. C. S. Matthews, a.k.a. Wahabah Hadia Al Muid, a.k.a. Professor WHAM author of the book Mysterious Beauty: Living With the Paranormal in The Hudson Valley.

On October 1, 2019, Fahrusha was pleased to speak with Dr. C. S. Matthews about her exciting new book Mysterious Beauty: Living With the Paranormal in The Hudson Valley. She is the sometimes co-host of the podcast “The Church of Mabus” and teaches at a college in the Hudson Valley.

Our fascinating discussion covered a lot of ground, from the geology of the region to Native American beliefs and history through the Dutch and British settlers to the present time. In reading the book, Fahrusha was horrified to discover that she was born on or near the site of a massacre of Native Americans by some renegade Dutch in what is now Jersey City!

What is very wonderful about this book is that it gives people living in the Hudson Valley from Manhattan to above Albany (and those curious and intrepid travellers from points unknown) a tool to begin their quest for the anomalous right here in our backyard. Everything from ancient earthworks, to present day cryptids and UFOs can be found in the glorious Hudson Valley, along with the world’s best apples.

This episode is a natural follow on to our last episode with Susan Demeter St. Clair in which we touched upon some of the same subjects involving the Great Lakes region of Canada and N.Y. State.

We appreciate hearing about our listeners’ anomalous accounts. If you wish to be included in the “Listeners’ Corner” either as an on-air guest or would like to have your written account read, please contact fahrusha@fahrusha.com. 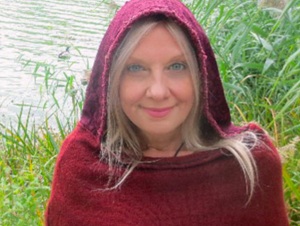 Susan Demeter St.Clair, author of Making Mountains out of Mashed Potatoes: UFOs as a ParaPsychological Event, a chapter of the book UFOs: Framing the Debate

On September 17, 2019 Susan Demeter St.Clair joined Fahrusha on “Shattered Reality Podcast” to speak about UFOs and the folklore of the strange. Susan is a native of Ontario, Canada who is currently residing in Northern Italy. She is a researcher on the UFO phenomena and on European and Native American paranormal folklore especially the Italian Benandanti. The Benandanti were from the Friuli region of Italy of north eastern Italy, although it is thought that the tradition was probably very widespread in slightly varying forms in much of agrarian, Pre-Christian Europe. Meaning literally “the good walkers”, members participated in out of body travels on a number of Thursdays to war against evil forces that might destroy crops. They were also healers. They were viciously persecuted as heretics by the Roman Inquisition.

Varying possible explanations for UFOs and for the famous Philip Experiment (Canada) were discussed. Our interview with Dr. Jim McClenon also mentions the Philip Experiment in the context of the SORRAT Group. Susan was kind enough to share with us her personal UFO experiences that changed the course of her life.

Towards the end of the episode, Fahrusha read an amazing account from a longtime listener who had a life changing UFO experience in western New York State. The listener requested to remain anonymous, something that we at “Shattered Reality Podcast will always respect. If you, dear listener, have a paranormal experience, be it a UFO, a near death experience, an out of body experience, a cryptid encounter or other high strange unexplainable phenomenon, we want to hear from you!

Fahrusha was thrilled to welcome Dale E. Graff to Shattered Reality Podcast. For several years she has been an appreciative audience to his presentations at symposia of IRVA (International Remote Viewing Association) APP (Applied Precognition Project) and SSE (Society for Scientific Exploration). Dale is the author of two books: Tracks In The Psychic Wilderness (1998) and River Dreams (2000) as well as numerous papers.

Dale E. Graff is a physicist (Drexel) and an aeronautical engineer (Pennsylvania State University). He helped design the Gemini Space Capsule and did pre-planning for the space shuttle. He is an avid outdoorsman who has navigated many Canadian rivers in a canoe, this in spite of having been born a premature baby who was declared dead upon arrival. He was totally determined to defy the odds and still displays great vitality today as he approaches his 85th birthday.

Even as a small child he was a prodigious dreamer and had out of body experiences. After elementary school he began his serious interest in science, which eventually took him to Wright-Paterson Air Force Base where he wrote a forecast document on the Soviet use of ESP research. Through a synchronicity, this lead him to become first a contract manager and later a tasker for government remote viewing projects including Project Stargate which he named.

Note: The anti-fragility proponent mentioned by Fahrusha is Wim Hof.

Fahrusha and Dale Graff at the Society for Scientific Exploration 2019 Symposium.

Fahrusha was very happy to welcome Neil Langdon Inglis to “Shattered Reality Podcast”. Neil Langdon Inglis is the son of the late Irish historian, television personality and author of books on the anomalous and history. Neil has had something of a difficult relationship with his father during his teen years and had rather repudiated his father’s point of view during that time, to the point of becoming a member of a debunker organization.

Since his father’s death, Neil Langdon Inglis has gone from debunker to skeptic to a member of the Fortean community, which is where Fahrusha had the pleasure of meeting him. Brian Inglis was a prolific writer whose works on psi and the paranormal are currently being republished by White Crow Books. Among those works are: The Power of Dreams, Coincidence: A Matter of Chance- or Synchronicity?, and Natural and Supernatural: A History of the Paranormal from the Earliest Times to 1914.

Brian Inglis was a well know historian and media figure when he embarked on a second career writing extensively on paranormal subjects. He became friends with Uri Geller, the well known Israeli remote viewer, and was very convinced of his talents. Others, by whose accounts he was fascinated, were Italian medium Eusapia Palladino and Scottish levitating medium Daniel Dunglas Home.

Misfortunately Neil’s personal experiences with the paranormal have been less than pleasant. It has come to Fahrusha’s mind after interviewing Neil, that a possible reason why he has found his experiences disgreeable is because of the loss of control or volition implicit in them.

Dan Farcas, PhD, author of Hypercivilizations: An Answer to ET Contacts on Earth

On June 18, 2019 Fahrusha welcomed Romanian scientist and author Dan Farcas, PhD to “Shattered Reality Podcast”. We discussed his latest book, Hypercivilizations: An Answer to ET Contacts on Earth. The approach of the book is a synthesis of many years of thought and study in various allied areas of scientific analysis as regards possible extraterrestrial civilizations. His conclusions are well researched and I recommend that listeners take the time to understand what is being said.

Additionally we discussed artificial intelligence, tall blonde humanoids and the importance of love (in the sense of agape) and good will. He asserts that alien intelligence may be billions of years beyond us and must be benevolent. There are 11 chapters in the book, any of which could yield an hour long discussion for “Shattered Reality Podcast”.

Our Listeners’ Corner featured Christopher Rex speaking about a powerful near death experience (NDE) he had as a teenager in New Braunfels, Texas. He was swimming in a dangerous location with friends and drowned. Listeners will find this account quite compelling.

We invite our listeners to submit their experiences to: fahrusha@fahrusha.com for possible inclusion on a future episode.

Shattered Reality!
Create a free website or blog at WordPress.com.