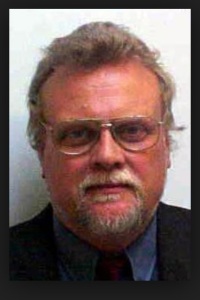 Kate Valentine and Fahrusha are proud to present Professor Milton Wainwright, Ph.D. of Sheffield University who has done remarkable experiments concerning the theory of panspermia. Panspermia is an age old concept which had new life breathed into it by astronomer Sir Fred Hoyle and  cosmologist Chandra Wickaramasinghe. According to Wikipedia, panspermia is the hypothesis that life exists throughout the Universe, distributed by meteoroids, asteroids, comets, planetoids, and also by spacecraft in the form of unintended contamination by microorganisms. Neopanspermia is the proposition that it is happening currently as well. This is not to be confused with panpsychism which proposes that everything in the Universe is conscious on some level.

Professor Wainwright has done some very amazing experiments discovering life forms in the upper atmosphere (25+ miles up) that are heretofore unknown on Earth and rather too heavy to have floated up from the surface. He has devised an ingenious method to prevent contamination. He and his graduate students have analyzed his findings with two types of electron microscopes and are currently hoping to find some scientists around the world to replicate his experiments. Interestingly, physicist Stephen Hawking has mentioned panspermia as the possible way that life has been spread across the Universe.

Professor Wainwright can be reached by visiting his website miltonwainwright.com/contact/.